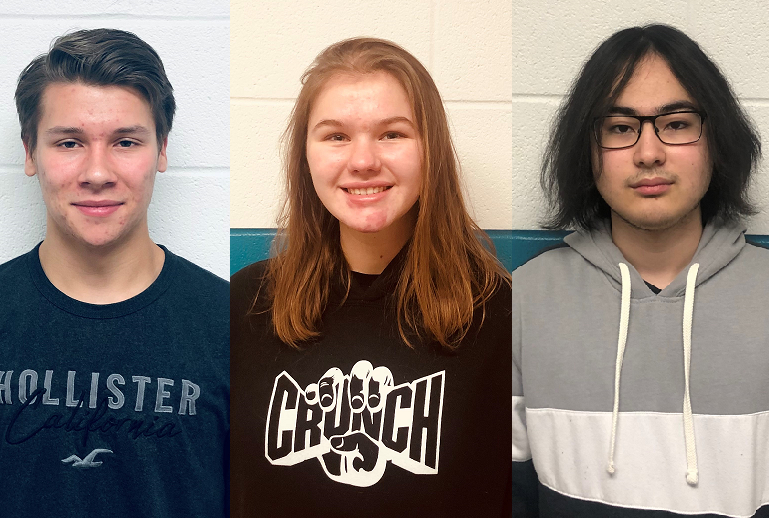 Rotary Students of the Month- January 2022

Christopher Reynolds a West Perry High School student in the Horticulture and Landscaping program. He is a member of FFA, SkillsUSA, and NAHB student organizations. He participates in Marching Band and Jazz Band. He is currently employed at Home Goods. He has made the Honor Roll, and been named Student of the Quarter, CPACTC. Upon graduating, he plans to attend Penn State Altoona, majoring in Agricultural and Extension Education. (Mechanicsburg North Rotary Club)

Grace Christensen a Camp Hill High School student in the Criminal Justice program. She is a member of SkillsUSA and NHS. She is part of the Red Cross organization and plays RVR Softball. She is in Debate Club, does GSA Martial Arts, and Personal Training, employed with Crunch Fitness. She has made the Honor Roll and was named Student of the Quarter, CPACTC. She has applied to Anderson University, Lynn University, Embry-Riddle, and Saint Leo and plans to major in Disaster, Emergency and Health Management.  (Mechanicsburg North Rotary Club)